Milk
contains two major groups of proteins — caseins and whey proteins. Desi milk
contains the A2 type of beta-casein protein whereas A1 milk contains A1 type of
beta casein. A1 protein is a natural mutation of A2 which occurred over 1,000
years ago and on its digestion, A1 protein produces beta-casomorphin-7 (BCM-7).

“Our all the desi breed of
cows gives A2 milk and the cross-bred cow gives A1 milk, big brands says that
A1 milk is not good for health, but we have researched that A1 milk has no
harmful effects and there is no harm in the A1 milk and it is as safe as desi
or A2 milk”.

Puresh Daily is a Ranchi based dairy committed to providing 100% natural and organic cow milk. Click here to try our Sample.

All the research that have
been done for so many years on the two types of milk, have so far been not able
to conclude if A1 milk is less safe than A2 milk.

Both types of milk are
equally safe for consumption and both type of milks provide necessary
nourishment to the human body. 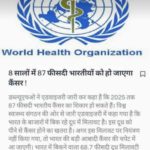 WHO report on quality of milk in India. A2 milk’, Do you pay a premium for perceived better quality milk?